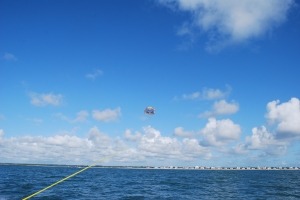 I really thought I was through with writing about women in the Bible after the publication of Eve’s Sisters, not because I know everything there is to know about them but because I had the feeling it was time to move on. I still have that feeling, and yet a couple of conversations that I had over the weekend have got me thinking about the power of these historical women to reach across time and culture to affect our lives.

I’ve often claimed that the combination of psychology and religion have come to my rescue many times. Seriously, in some ways the Bible can be looked on as the original self-help book. Granted, it’s not as easy to pick out the parallels and lessons as it is when you’re reading something like The Language of Letting Go by Melody Beattie. I love this book and find myself dipping into it on a regular basis. The author spells things out for the reader in such a clear and engaging way that you can’t help but see the validity of her ideas.

In the Bible, however, you might have to do a little digging. Not only that, but after some pondering, you might see that one story could have several layers and numerous applications. That’s what happened to me last night as I reviewed the weekend’s events and interactions. At least two of the many women I talked to indicated that there had been some sadness, some real “soul sickness” in their lives. Hey, I can understand that, can’t you? Is there a woman alive who hasn’t had the blues at some time or another?

People have several options from which to choose in combating their dark days. They can think happy thoughts, something psychologists call cognitive restructuring. They can turn their focus outward and think of what they can do for others instead of having a pity party. They can get little treats for themselves, even if it’s just an ice cream cone from Mickey Dee’s or a half hour of solitude to read a magazine. An increasingly popular option is to use medication. I might add that this last strategy is a quick one too, something that fits right into our fast-paced lives.

I’m fortunate in that I rarely feel down, and when I do, I can just about always pinpoint the reason. In other words, it’s situational and subject to change. When I can’t figure out the problem, I console myself by remembering that with garden variety depression, it always ends and when it does, there’s a rebound effect in that the next day or the next, things are going to be especially sunny. You’ll shake it off and wake up wondering how in the world you could have had such a case of the doldrums when you live in such a wonderful world.

That brings me to self help of the spiritual kind. I was thinking of the woman written about in the 8th chapter of Luke in the New Testament who had an “issue of blood.” She’d had this problem for years and had visited many doctors in search of a cure. When she learned that Christ was going to be in town, she went to where He was, not to gawk and stare but to be cured. She KNEW that He was the one who could heal her, and when she touched His garment, the woman was immediately healed.  I might also mention that she was probably living in poverty, and because of her condition, she was considered “unclean.”

And yet she was healed! What’s the message behind that? Today I’m seeing her physical challenges as symbolic of any and every type of problem that a person can have, even depression and “soul sickness.” Not only that, but I can also see that it doesn’t make any difference to Him whether you’re loaded, have tons of friends, live in a big house on the hill, or have beaucoup degrees. No one is better or more esteemed in His sight than anyone else.

*married with children, stepchildren, grandchildren, in-laws, ex-laws, and a host of other family members and fabulous friends *semi-retired psychology instructor at two community colleges *writer
View all posts by jayne bowers →
This entry was posted in books, Uncategorized, women in the Bible, writing and tagged books, depression, psychology, religion. Bookmark the permalink.