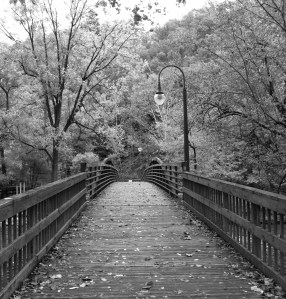 I came across this quote by Arthur Plotnik a little while ago and decided to use it as a writing prompt this morning. “You write to communicate to the hearts and minds of others what’s burning inside you. And you edit to let the fire show through the smoke.”

One of the many things I’ve learned about writing is that you need more than one set of eyes to look over your work. Another thing I’ve learned (but am still having a challenge with) is that you have to be thick skinned. I’m still stewing over a teacher marking through a entire sentence because I had introduced it with, “Needless to say,” but I’m working through that. It was 30 years ago, and I need to let it go.

For months, maybe even as long as a year, I’ve been writing, rewriting, editing, condensing, beefing up, paring down, and tweaking an ebook on what students need to know in order to be successful in a community college. Why all of the above action? Because of comments by other people. Some have said that students don’t want to read anything at all, not even their texts, so they probably won’t want to read a “how-to” primer. Others have said, “Well, they might read it, but they won’t read paragraphs so just use a lot of lists and bulleted items.”

The comment that has me upside down and inside out, however, is from someone who said I came across as a teacher and that students don’t want to read what their teachers are forever preaching about in class. I’m referring to things like reading material before class, putting cell phones away, turning work in on time, and so forth. And yet…well, if students hear it in class but aren’t taking heed, then maybe they need another dose of the essentials.

Should I change my tone and try to come across as less of a teacher and more of a friend. Would that help? Are students more likely to listen to their friends who are at the same stage of the game than they are to their teachers who’ve already mastered the game plan? I know that was an awkward sentence, but I can’t seem to fix it. If you like to edit others’ work, be my guest. Really, I’ve become fairly thick skinned. That’s because I know that I don’t have all the answers. I want to keep learning and growing, and I want my students to feel the same way.

There is only one purpose for this ebook: To help students succeed in community colleges and beyond. It’s not to get wealthy or become famous. I love working with students, and the idea of them walking across the stage at graduation or working in a profession that they enjoy makes my heart sing. Somehow I’ve got to get those feelings into the tone of the ebook. I’ve got to figure out a way to let the fire show through the smoke and say just the right things to motivate students to cross the bridge to a better life.