Save As Going Crazy 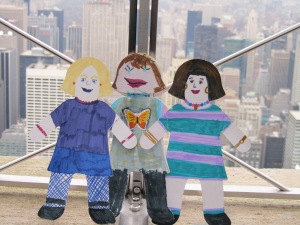 I’ve saved and uploaded my eBook manuscript so many times that the last time I entitled it “Going Crazy.” My husband likes that title and says that all I have to do is add numbers after it on subsequent revisions. I guess he’s pretty confident that this won’t be my last version.

Last week I was feeling all happy and accomplished since I had figured out how to upload the book to Kindle Direct Publishing on Amazon. This week I’m still feeling pretty good about it, but I have to admit freely and openly to the world that uploading an eBook is not a one-time shot, not if you’re a self-published author with no editorial assistance.

Here’s what happened. I was saved from forever having what I call shoddy or imperfect work out there on the World Wide Web by an electronic device, a Kindle with text to speech properties. I didn’t even know the book had that option, so I was delighted when I discovered its availability. I clicked “play” and began listening. Although the voice on Kindle’s text to speech is computerized, it still sounds human, and the intonation, enunciation, pauses, and inflections are okay.

The female voice goes up and down, pauses in the appropriate places, and pronounces words just as they’re written. So if a writer leaves about an article like a, she’s going to leave it out too. If a writer puts “mean” when she intended to write meant, then the reader is going to catch that too. Upon listening, I picked up half a dozen or so errors and naturally had to go back into the document and make the changes. After uploading the new version, I decided to preview it on the Kindle previewer, and although the mistakes had been corrected, I saw some stray lines and letters scattered about. Where did they come from? Ugh!

Naturally, I revisited the manuscript and took out the pesky little characters. Then I saved the manuscript (goingcrazy) as a web filtered document, created a zip file with pictures, and tried once again. From my view on the previewer, everything looked super. There were a few little spacing errors, but I’ve learned that sometimes they appear and disappear depending on the size of font one uses when reading the Kindle. In any case, for now the final and corrected version of Crossing the Bridge is there.

Soon I’m going to do a hard cover version of the eBook through CreateSpace, and naturally I want it to be without blemish. Electronic versions are one thing; print ones are another. Here’s the deal, a little incentive that I cooked up this morning. I’m going to give away six  paperback copies of the final revision, gonecrazy9 (?) to the first six people who find errors in the current revision, the one I uploaded yesterday.

I keep reminding myself that writing is a process. Here’s hoping you’ll shorten the process for me.

*married with children, stepchildren, grandchildren, in-laws, ex-laws, and a host of other family members and fabulous friends *semi-retired psychology instructor at two community colleges *writer
View all posts by jayne bowers →
This entry was posted in eBooks, Uncategorized, writing, writing life and tagged ebooks, self publishing, writing. Bookmark the permalink.

1 Response to Save As Going Crazy