When Too Much is Too Much 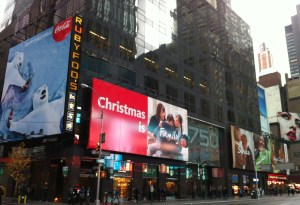 Good readers make good writers, right? That’s what I’ve heard, and I’ve been fully taking advantage of those words of wisdom lately. I’ve been  A LOT of reading and a little bit of writing, mainly in my journal.

Last night I finished Strength in What Remains by Tracy Kidder and just posted a review on Amazon. I’m sharing the review on my blog and hoping that you’ll check this book out for yourself. I think books should move us in some way, teach us something, and perhaps even break our hearts and make us think. This book did all that and more for me.

“When too much is too much or too bad is too bad, we laugh as if it was too good.” Now that I’ve read Tracy Kidder’s book about Deo’s survival of the genocide in Burundi and Rwanda and of his numerous contributions to the world, I can better understand this statement.

This book lured me in little by little. One day I was reading about Deo’s life in Burundi and thinking of the tremendous challenges he and his family and friends faced just to survive in the small African nation. The next thing I knew, I was caught up in the events of the genocide in Rwanda and Burundi that occurred when Deo was a young man. At this point, I couldn’t put the book down, and yet I could hardly bear to read it either.

After reading of Deo’s harrowing experiences, I next learned of his escape to America and his life in NYC, first as a homeless person and later as a student. During Deo’s homeless period, he worked as a deliveryman, and the “wages” his employer paid him were pathetic, another example of man’s inhumanity to man. After seeing the city through Deo’s eyes, I’ll never see it the same way again. Nor will I ever look at another “nameless” person who enters and exits through a service entrance without seeing Deo, a man whose story is remarkable.

Throughout his journey(s), Deo is befriended by others in ways both big and small. With the aid and support of others and his gifts of  intelligence, determination, resilience, and compassion, Deo graduates from Columbia and then goes on to medical school. He later works with Partners in Health (PIH) and goes back to Burundi, a country whose citizens have a life expectancy of 39, to build a medical clinic. It’s mind boggling to think that while America’s children choose between chicken nuggets and pizza, 54 percent of children under five in Burundi suffer severe malnutrition.

Strength in What Remains is a book about courage and perseverance and the contrast between good and evil. No matter what ugliness and evil Deo saw, he refused to let it destroy his strong spirit. It’s also a book that demonstrates how small kindnesses that people show to one another can make a huge difference in their physical and emotional survival, sometimes a difference between life and death.

1 Response to When Too Much is Too Much