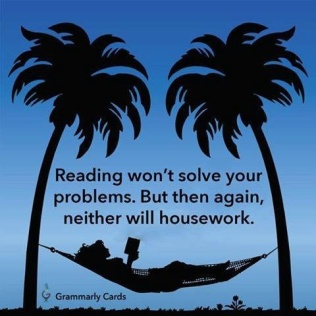 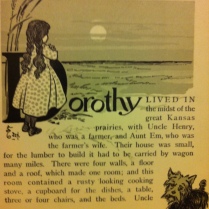 I just started reading Brat Farrar last night, and I know I’m going to enjoy it. I ordered it for my Kindle based on several recommendations, the latest by Anna Quindlen in How Reading Changed my Life. Here’s the opening line in Brat Farrar: “Aunt Bee,” said Jane, breathing heavily into her soup, was Noah a cleverer back-room boy than Ulysses, or was Ulysses a clever back-room boy than Noah?”

I don’t even know what a back-room boy is, but with names like Noah and Ulysses, they’re bound to be interesting characters. And Jane? I know she’s a child just by the way she says “Aunt Bee,” but if there were any doubt, it’d be dispelled in the next line when Aunt Bee tells her not to eat out of the point of her spoon.

The scene is set. Turns out that Jane has twin sister named Ruth and that they are quite different from each other. The twins also have an older brother, and the three have been living with their aunt since their parents’ unexpected deaths eight years prior. Evidently, they have been lean years, but all that’s about to change, and although I don’t know how the story is going to play out, I know there’s a crime involved.

Back to Anna Quindlen, a writer whose work amazes me. I  don’t know many people who can write both nonfiction and fiction as beautifully as she does. After finishing How Reading Changed my Life, however, I have a better understanding of how her tremendous gift was cultivated: voracious reading from the time she could recognize letters. I’m a reader, but I’m at the kindergarten stage compared to her. Even while outside playing with her friends, she knew, “The best part of me was always at home, within some book that had been laid flat on the table to mark my place, its imaginary people waiting for me to return and bring them to life.”

I can’t do justice to Quindlen’s book, so I won’t even try this morning. Really, how does a person review a book that’s perfect in every way? The length, the writing itself, the number of “YES” moments produced in the reader, and the wealth of information all combine to make this the best book on reading that I’ve ever read. On just about every page (screen?), I learned something, felt something, and remembered something. So will you.

Quindlen says, “Writers of books do not truly die; their characters, even the ones who throw themselves in front of trains or are killed in battle, come to life over and over again…. Over and over again Heathcliff wanders the moor searching for his Cathy. Over and over again Ahab fights the whale.”  When I  read those lines, I recalled a book I recently read, 12 Years a Slave by Solomon Northup. Although Northup’s story took place in the mid-1800’s, he and Patsey and Epps and the rest of the characters live on in my mind. A remarkable book penned by a gifted writer, 12 Years shows a different side to slavery. What a writer!

A final quote from Quindlen, one with guidelines that I’ve read many time from different writers: “There are only two ways, really, to become a writer. One is to write. The other is to read.” So…although I’ve always loved reading, now I’m going to approach it in a different way, not solely as a way to visit other places and times, meet other people, and learn facts and figures but also as a way to learn the art and craft of writing.

What about you other readers and writers out there? Does this sound like good advice? What have you learned about writing from reading?