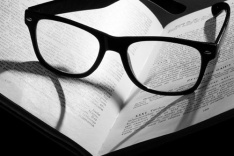 Since I believe that good readers make good writers, I’ve been doing quite a bit of the former lately. I’ve been doing a little writing every day too, but since I’m a bit unfocused this afternoon, I’m going to share some recent reviews rather than prattle on about my progress. I enjoy reviewing books on Amazon, and when someone recently asked why, I answered, “I don’t know. I just do.”

I do know, though. So does anyone who’s ever written a book. It’s because writers need and want reviews. Even the mediocre ones help our ratings…or so I’ve been told. I write reviews for readers too. Maybe one of my reviews will give someone a useful tip about a good read.

Below are selected paragraphs from the reviews I’ve recently posted.

When I recommended Brat Farrar to one of my brothers, he asked what I liked about it. “Was it the writing?” he asked. “The description of characters? The sensory details? The plot? What was it?” I told him it was all that and more. The suspense was almost unbearable, and I often neglected the world around me with the thought, “One more chapter.”

A gripping book, Brat Farrar is a page-turner of the highest order. The author’s descriptions of scenes, people, behaviors, and emotions help the reader see, feel, and actually understand what’s beneath the surface of things.

When the Heart Waits by Sue Monk Kidd

Struggling for answers to many of life’s difficult questions, Kidd studied the work of some of my favorite writers including Scott Peck, Carl Jung, Thomas Merton, and Joseph Campbell and quoted them in her book. She also cites numerous Biblical stories and their themes and characters. Until reading this book, I had not really noticed how often patience and waiting are stressed in the Bible. But as Kidd points out, there was a lot of waiting going on in those days. Just look at Sarai, Jacob, and the Prodigal’s father.

While the book is filled with reflections on work in psychology, philosophy, and religion, Sue Monk Kidd also includes conversations and ideas from her friends, children, and childhood books. I chuckled as I recalled times in my life when I was the hard-working, sacrificing Little Red Hen. Most women can identify with this duty-bound chick and with Kidd’s statement that within each Little Red Hen something is seething.

Our Endangered Values by Jimmy Carter

I enjoyed Carter’s take on religious fundamentalism and how it affects American politics. He sees rigidity, domination, and exclusion as the primary attributes of fundamentalism, and as I listened (on CD) to the book, I found myself thinking, “That’s so true.” He clarified my thinking about topics that I felt but couldn’t really articulate.

I’ve known people who are adamantly against abortion who (ironically) are against programs offering assistance to the poor, hungry, and sometimes abused children born to parents who cannot or will not care for their children. They want to help the unborn but not the already-born.  He also discusses the subjugation of women, segregation, the death penalty, and the growing division between the rich and the poor.

Politics, religion, world peace, human rights, poverty, and America’s global role are major topics in Our Endangered Values. Written by a man who’s all about peace and love and what it takes to bring it about, the book is a must-read for anyone who wants her/his consciousness raised 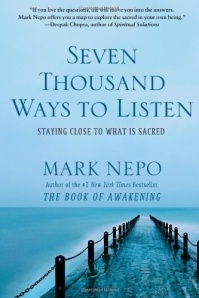 Reading this beautifully written book made me think, feel, and LISTEN more deeply and conscientiously.

Nepo reminds his readers that the work of reverence is to stay vital and alive by listening deeply, and I think he’s on to something. Many people think they listen, but do they really? Do they listen to themselves, to their loved ones, to strangers on the street, to the stars, to the ocean?

I was intrigued by the title and wondered how the author came up with the number 7,000. It’s not a secret number, he says, but rather a way of pointing to a path that has no end. Nepo tells the story of dining with a friend who was marveling that there are 7,000 living languages on Earth that we know of. If there are that many ways to speak, then there are at least that many ways to listen…and more. We don’t even have to use our ears.

There’s no way I can do justice to this inspiring and lyrical book. I agree with the author’s premise that too often we limit our existence to only what we know, thus blinding ourselves to the mystery of how we’re all connected. If you’re open-minded enough to get connected, then read this book. In the words of the author, “Saying yes is the beginning of all flowering.” Say yes.