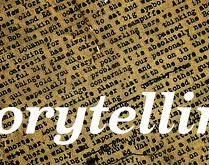 I love my writing group. That is to say, I love learning and growing, and the members of the group continue to help me do just that. Actually, we all help each other. Even the best writers in the group admit that they need fresh eyes on their work to catch grammatical errors, find holes in the story, and recommend a different sentence structure.

We all bring different skills to the table. Mindy can ferret out the to be verbs better than anyone in the group. Martha sometimes questions our word choice. Once I used minx to describe a mischievous little girl, and she gently suggested that I look it up. I’m glad I took her advice because the child in question was impish and playful, not impudent or flirtatious.

Yesterday’s meeting was no different; it too brought out our individual writing and critiquing abilities. Unbeknownst to her, one writer had used “it” twelve times in a two short pages. Another had written of eating some delicious cannoli, but she hadn’t described it or told us what made it so delicious. We wanted to know more.

What does cannoli look like? Taste like? Does it have a filling? What makes it so special? Is it sort of like a cream puff? We unanimously agreed that she needed to prepare some for our next meeting. That way, we can help her with just the right adjectives to describe this sweet confection.

One gifted fiction writer had written two potential chapters for a future book, and although we all admired the dialogue and the “show, don’t tell aspect, no one liked the protagonist. A group member suggested ways to make her more likeable  “Put in a scene with her being nice to a dog or cat,” she said. With a few helpful hints, the writer soon created some ideas to make the chapters less gloomy and the heroine more appealing.

Me? What do I have to offer? Yesterday I revised a couple of sentences in order to make the phrases more parallel. I also pointed out the perils of using a semicolon when a comma is sufficient. I’m no “Grammar Girl,” but as far as I know, there are only two times to use semicolons: to separate closely related independent clauses and to separate phrases in a series that have commas within them. I don’t know that much about story arcs so my contributions in that area are limited.

Just like everyone else, I also offer positive reinforcement and encouragement. We genuinely respect one another’s (should that be each other’s?) work and are prompt in saying what we like. Yesterday we critiqued the last chapter in a family memoir, and we all admired the way in which the author made the principal players come alive. We could just see the matriarch of the family dancing and singing and laughing while on a trip to Switzerland.

It’s doubtful that anyone in the group will read this post. But if someone did, he or she would point out the good, the bad, and the ugly. And isn’t that what we all need if we are to improve? I might not always like what I hear, but every single time someone has critiqued my work, I’ve learned something.

What about you? Are you part of a writing group? If so, How has it helped you?

3 Responses to Dancing and Singing