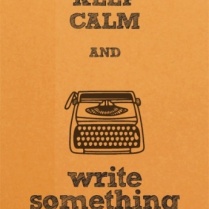 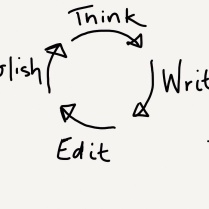 I enjoy being part of a critique group. The members are varied in writing experience, style, genre, and ability. One member can write musicals, another poetry, and still another short stories. We have novelists in our group too.

Despite our diversity, the one thing we have in common is the desire to improve our writing, and we know that constructive criticism from people we trust is helpful. No matter how uncomfortable it is to hear, there’s usually some truth in the “less-than-positive” remarks. As a quick example, a member once gently suggested that I find another term for minx when describing my granddaughter. Although I balked at first, her recommendation saved me from later embarrassment.

As G.M. Barlean reminds the reader in her book Build a Writing Team, critique groups are about suggestions, not compliments. That’s not to say that members don’t receive compliments. They do. But they probably aren’t the same gushing ones you might hear from your mother. From the Kindle edition of Barlean’s book, “You must go into a writing critique group with humility, ready to learn how to make your writing the best it can be. If you don’t have that mindset, don’t go—you’re not ready for critique. “ (Location 1674)

For those who are not quite ready for a critique group, Barlean shares information on generative writing groups whose purpose is to generate writing. Period. Some people are members of both groups at the same time, one to mingle with aspiring writers without threat or anxiety and the other, the critique group, to learn how to improve one’s own writing.

In a generative group, someone shares a prompt, and members write for fifteen to twenty minutes. Afterwards each person can (if desired) read her work and receive positive feedback. For example, members might comment on what’s powerful, funny, true about the piece. After everyone has a chance to write and share, they go home with a piece of writing that can be used in something they’re working on at that time or perhaps worked into a future short story, essay, or poem.

Sometimes it’s tough being in a critique group, but the advantages far outweigh the disadvantages. For starters, developing a thick skin prepares the writer for the sometimes hateful, snarky, and snide remarks of some of the world’s readers. Some people are not going to like your work as much as you do and will be quick to say so. Also, group members can help you spot mistakes, let you know when the story drags, punch up your dialogue, and help you find more active verbs.

Off the top of my head (an overused cliché that people in my critique group would chastise me about), here are just a few things my group has commented on recently:

Are you part of a writing group? If so, which kind, and what do you like about it? If not, what are you waiting on? Without input from my group, I might never have learned that a minx is an impudent or flirtatious girl.