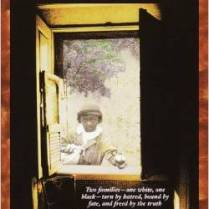 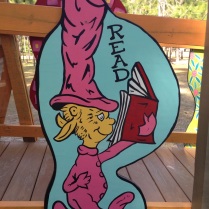 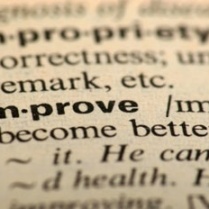 As I sat in our bi-monthly writing group critique this morning, I was reminded of this truth: Reading fiction expands your world. My world too.

Two writers submitted chapters of the novels they’re working on, and two hours later, I’m still thinking of some of the characters they created. It’s not my intention to give their stories away but rather to share a little of how their characters and scene descriptions can powerfully evoke feelings and memories.

Until yesterday, I didn’t know Ada Lynn, Sadie, Neely, Dee, or Michael…to name a few. This afternoon I’m wondering what will happen to them.

In my mind, it’s thirty years ago, and I’m entering an old school building where a town meeting is being held. I’m picturing the men with their flannel shirts and crossed arms as they stand against the back wall. Will the noisy gathering come to naught, or will its proceedings spur citizens to action? Will Mama Sadie mellow as years go by? Will Ada Lynn develop more of a voice when she realizes the potential effects of the current drama on her children?

And Neely and Michael. They’re in love, no doubt about it. Neely’s mother knows that marriage is hard even in the most ideal of circumstances, but when cultures and backgrounds are different, that adds another layer of challenges. Though Dee  dearly loves her daughter and would like to protect her from all of life’s arrows, she can’t/won’t mollycoddle her. In the meantime, she can give her a biscuit and a boiled egg before tucking Neely in for a nap.

As an aside, I used to tell my children (still do), “As long as I have a biscuit, you’ve got half.” They take that as further evidence of a mother’s love. Food, the especially the “bread of life,” is symbolic for nurturance.

Another writer submitted lyrics for a musical performance. Ignorant about musical movements, I nonetheless felt the beauty of the rhythm in the two pieces. “I don’t know much about music,” I wrote, “but I love your use of language and the emotions it evokes.”  Is there anyone reading this who’s never felt awe when looking up at “quarter-coined moon?”

I submitted a nonfiction piece about the birth of my grandson, Seth, and received a lot of constructive critiquing from the group. Note that I didn’t say criticism. That’s not how we work. We support and help one another, and as soon as I finish typing this post, I’m going to make some changes to my manuscript based on their suggestions.

Before we parted company, I told the group members how much I respected their work and that I’d likely be thinking of their characters and scenes for the rest of the day. I then shared a little from a book entitled Home Across the Road by North Carolina writer Nancy Peacock. A pair of abalone earrings figures largely in the lives of two families for several generations. Last week, I saw a pair in a local vintage store and purchased them right away. Looking at them is a way of honoring Cally and China and Cally’s lost boy.

This afternoon I’m thinking of the lives of people I didn’t meet until a few days ago. Now they and their struggles, victories, dilemmas, and conflicts are real to me. I’m also humbled with respect for people who can write lyrics describing “the glow of a moon chandelier.”

What about you? Do you have some fictional friends?