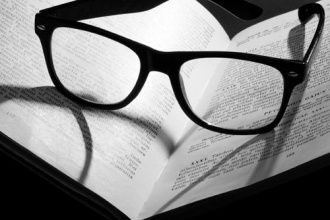 After listening to Garrison Keillor talk about Pearl Buck on The Writer’s Almanac, I knew I had to reread The Good Earth. About a fourth of the way through the book, my admiration for the author’s storytelling gifts grew, especially when I learned she was working, writing, and caring for a disabled child during this time.

While many writers have to have just the right environment to summon the muse, Buck wrote the Pulitzer Prize winning novel in an attic during early morning hours. The book is amazing. Everything we’ve talked about in our local writing group about writing is clearly demonstrated in The Good Earth. Everything that I’ve read about description, character development, culture, dialogue, and “show, don’t tell” is there too.

Speaking of culture, although “people are people,” the Chinese culture of that era is as important as any of the characters. In fact, culture plays such a large role that it IS a character just like Ching, O-Lan, or First Son’s haughty wife. From the food they eat to the clothes they wear, it’s evident that the characters in the novel are not in Kansas.

I recently reread this magnificent novel after many decades, and as is typical, it spoke to me in an entirely different manner than it did thirty or more years ago. At that time, I recall being shocked and yet fascinated by the many cultural differences between China and America. One dissimilarity that continues to amaze me is arranged marriage. In America, there’s still a focus on romantic love while in the China of the novel, marriages arranged by others are prevalent.

This time, I noted the similarities between Buck’s characters and those in American novels. While people might eat diverse foods, wear unusual clothes, worship different deities, and have radically opposing views on filial responsibilities, all humans are similar “under the skin.” We love, strive, hope, dream, fear, envy, and pass through cycles of life in amazingly similar and predictable ways. As a former colleague was fond of saying, “We grow up, we grow old, and we die.”

Protagonist Wang Lung, at one time a poor farmer, becomes a wealthy landowner and father of sons and grandsons. He has daughters too, but they don’t figure as largely (as males) in his culture…or in the novel. Throughout the better part of his life, Wang Lung’s wife, O-lan, whom he bought from the House of Hwang, is his steady, hard-working partner who is responsible for much of his success. Not until her sickness and subsequent death does Wang Lung realize her worth.

What I admire about this book is Pearl Buck’s ability to describe characters, scenes, emotions, sensations, family drama, culture, and life’s cycles in a vivid, stirring manner. She even manages to weave in the seven deadly sins so cunningly that the reader doesn’t even realize it at first. I must admit that I wasn’t sorry to see Lotus succumb to gluttony but was saddened to see Wang Lung give in to lust, pride, and sometimes anger.

I can’t even describe a person’s appearance yet, much less how they smell, feel, and speak. But if I want to improve my writing, Pearl Buck’s novel can help me improve beyond tall and broad-shouldered.