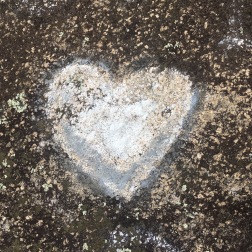 So many books, so little time.

I don’t know when I first discovered the power of the written word. Not that I don’t like the oral tradition of story telling, but the written is special in that you can go back to it time and time again. If you need to be uplifted, edified, transported, scared out of your wits, live another life (vicariously, of course), identify with a hero, stretch your imagination, or simply learn, read something.

There’s nothing like fiction or creative nonfiction for enhancing understanding of self and others…and of this world and its many cultures and traditions. I enjoy other types of literature too, but tonight my focus is on a work of historical fiction that is both informational and inspirational.

I knew next to nothing about life in California during the late 1800’s. But then I read Ramona by Helen Hunt Jackson, and my eyes and heart were opened. I’ve been remiss in reviewing it until this afternoon. I’m sharing the review here, hoping something in it will encourage you to read this classic novel for yourself.

“I might not have discovered this amazing book had if not for Garrison Keillor and “The Writer’s Almanac.” After hearing him describe Ramona, I purchased the Kindle edition from Amazon that very day and enjoyed reading the painful saga of how Mexicans and Native Americans in California were treated during the second half of the 19th century.

“Ramona was but a small child when adopted by “the Senora” who raised Ramona and her own son, Felipe. From the beginning, Ramona is treated coldly and dismissively by her adoptive mother. Although it pains Felipe to see his adoptive sister so maltreated, he is powerless against his strong and manipulative mother. A love story develops between Ramona and Alessandro, a Mexican hired to work on the estate. Their romance is under a shadow from its beginning, and things go from bad to worse as their life together progresses. Anyone with a conscience will experience genuine heartache as he or she reads of the couple’s several trials and of the horrid treatment by the Americans.

“To me, it’s a book about man’s inhumanity to man and how some people are broken by it while others suffer and yet remain intact (at least on the outside). They go on. They persevere. It’s also a story of love and faith and hope. And it’s a history book, too. The facts, the landscape, and the culture—they’re all there.

“Although I thoroughly enjoyed the book, there’s one little thing I feel I must mention, something that slowed me down in the second part of the novel: the dialect of the people from Tennessee. Page after page of their native speech was a bit trying to get through, and yet skipping it was not an option if I wanted to get the essence of

“Interestingly, the book has never been out of print, and I can see why. I just wish other people knew about it.”

I’ve never had to suffer like Ramona and Alessandro, but after reading this classic novel, I understand more about the nature of prejudice and the importance of culture in shaping one’s world.

What about you? What’s something you’ve read that has enlightened or affected you in some way?