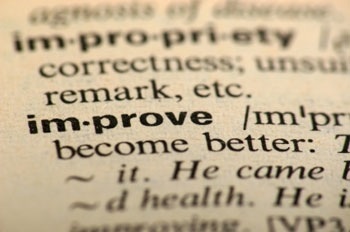 I’ve been a slacker in the blogging department lately, not because I don’t have anything to say but rather because I’ve been speaking my truth in other areas. Plus, although I always did my best (with what I knew at the time) on my blogs, now that I know more about do’s and don’ts, I’m less eager to share something until it’s perfect. But alas, we know that never happens–not with me, not with anyone.

Hmm. Hard to believe I once kept up four blogs at one time: one for psychology students as a way of earning extra credit (for them, not me), one about women in the Bible, one about a mother’s musings, and the fourth about writing. The first two have been axed, but the second two still get a lick and a promise. Ouch. I can hear the groaning of my writing friends who read those clichés.

Do this. Don’t do that. It’s a lot for a gal to keep up with. Let’s stick to some do’s tonight.

Do use active voice. Example from yesterday. One of my grandsons, age five, described some angry actions of one of his brothers. “He bit me like a dog,” he said and cut his eyes towards me to gauge my reaction. I knew he was exaggerating and reminded him of how he had reportedly scratched his sister’s arm because she was singing.

“But her singing hurt my head,” he said, jabbing his forehead for emphasis.

Feel free to begin a sentence with and or but regardless of what your high school English teacher said. Reportedly, Justice Scalia felt beginning a sentence with But added more flow and verve. Last week, I listened to Grammar Girl: Quick and Dirty Tips podcast and was amused by the example of using However vs. But in Robert Frost’s “Walking by Woods on a Snowy Evening.”

Expand your vocabulary. I agree wholeheartedly with this. It’s more effective to say sweltering than very hot, for example, and yet there comes a time when a smaller word or more commonly used word is more appropriate. If you decide to use a lesser known word, consider defining it for your reader. “It’s been a long spell since we’ve had a friendly chat, a coze.”

You’ll have to be the judge of what to use and when to use it, but Stephen King’s advice seems spot on. “One of the really bad things you can do to your writing is to dress up the vocabulary, looking for long words because you’re maybe a little bit ashamed of your short ones. This is like dressing up a household pet in evening clothes. The pet is embarrassed and the person who committed this act of premeditated cuteness should be even more embarrassed.”

Vary paragraph length. Many of us learned to organize our thoughts to fit nicely into a five-paragraph essay. The first and last paragraphs could/should contain three sentences, but the middle three paragraphs needed five to be considered developed. Sometimes I had a wee problem with that guideline. Sometimes I wanted to vary paragraph length based on how it looked rather than what it said. I didn’t though. I was a timid little rule follower.

But then I joined a writing group, and all bets were off, in a manner of speaking. One brave writer encouraged me to write one sentence paragraphs. Blasphemy! I thought. But I did it, and it felt great. The words and their placement on the page actually looked and read differently too. They were more attention grabbing and powerful.

These days I encourage some in my critique group to shorten a paragraph just because it looks better. Sometimes they nod their heads politely and pay me no mind. Other times, they concur with my suggestion, especially if I tell them I got it from King. “Paragraphs are almost always as important for how they look as for what they say.”

What are some of your do’s? No don’t’s tonight please.