What Are You Working On? 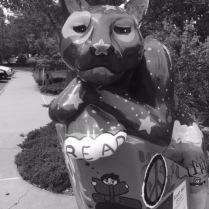 Critiquing behind us, someone at our writing group meeting asked what everyone was working on. I mentioned that I wrote a little something every day even if it was just jotting down a gratitude list or some observations on something I’d seen or overheard. Sometimes I might even make up some dialogue based on seeing people talk.

A couple of people said they always felt inspired after reading something. Me too. More often than not, however, there’s an interlude between the reading and the writing, mainly because real life intrudes. I get busy with painting, doing laundry, dining with friends, reading……..

Excuses behind me, here’s what I’ve been reading lately and a synopsis of my takeaways so far.

Hillbilly Elegy by J.D. Vance. Recommended by a couple of people in my writing group, the book explains a lot about the 2016 election. Page after well-written page about life in Appalachia and the Rust Belt reveal an alternate universe right here in these United States. Vance describes neglect, hunger, drug abuse, poverty and a host of other issues that many folks would rather not acknowledge.

In one scene Vance describes eight pairs of eyes peeking from behind curtains at him and a cousin as they walked by. The eight pairs of eyes belonged to hungry children with “an unsettling combination of fear and longing.” Their thin, young, jobless father was on the front porch.

In another scene, the author discusses an episode of The West Wing in which the president considers possible solutions to problems in education: should he push school vouchers that would allow children to escape failing public schools or focus on fixing those same failing schools? Vance notes that the issues surrounding the struggle of poor kids in school pretty much always emphasize the schools themselves. But then he adds a quote from one of his former high school teacher. “They want us to be shepherds to these kids. But no one wants to talk about the fact that many of them are raised by wolves.” Sobering.

I ordered Mary Antin’s The Promised Land (free on Kindle) after hearing about it from Garrison Keillor. My world is expanding. Until I began the book, first published in 1912, I didn’t even know there were Jews living in that part of Russia. I’m learning a lot about life there, especially for Jews. From bullying to marriage traditions and food to festivals, I recognize that Judaism is not just a religion but also a lifestyle with a set of principles and beliefs that underscore every aspect of life.

Here’s a quote that saddens me. “The first time Vanka threw mud at me, I ran home and complained to my mother, who brushed off my dress and said , quite resignedly, ”How can I help you my poor child? Vanka is a Gentile. The Gentiles do as they like with us Jews.” Although I haven’t read that far yet, I know the author and her family emigrate from Russia and settle in America, and I’m looking forward to her observations and insights about her new land.

Dipping into The Hidden Life of Trees  has me considering whether to plant a tree next to a sad-looking crepe myrtle tree in our front yard. The author, Peter Wohlleben, says trees are connected and that they provide nutrients to each other through their root systems. “It never does anything,” my husband often says about the fragile, solitary tree. He wants to dig it up and replace it with something more green and stately, something that flowers colorfully in the spring and summer. I want to plant another tree close-by, one whose roots can mingle with the lone one.

I’ve realized once again that I read more nonfiction than fiction, and that’s my excuse for not being able to write fiction. One of these days, maybe I’ll surprise my critique group with an awesome story filled with authentic dialogue and a believable plot. But for now, it’s back to reading Hillbilly Elegy.