Members of the Padgett Clan 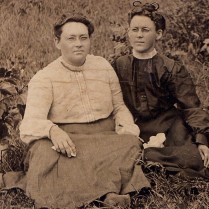 The next several blog posts will relate to a family history, Our Lighted Seasons, that I self-published with CreateSpace on Amazon. The history is not for distribution or sale…just family eyes at this point. Because many have asked about the experience from start to finish, I’m sharing parts of the long but worthwhile journey.

Sometimes it’s one little thing, an overheard phrase or a grandchild’s freckles, that sets a project in motion. Sometimes it’s several things going on in different people’s lives that suddenly converge and make people say, “Hey, let’s do this! Let’s put together a family history.”

My sister Ann told me about an insurance policy relating to her husband Allen’s mother’s death in 1999. Several queries about Allen’s aunts and uncles, specifically their birth and death dates, were problematic. Neither Allen nor his siblings knew when their aunts and uncles had died. As a consequence of this paucity of information, Ann and her husband decided it would be a good idea to begin gathering information about our family so that our children would know who was who.

My awakening interest in family history probably began the moment I stood in Racepath Cemetery outside of Ellenboro, NC and saw the names of my great grandparents, Avery Sidney and Minnie Laney Padgett, etched on a small tombstone. Their “darling daughter” Lillie lay there, and after learning of her short five-year life, I became increasingly interested in my/our heritage.

Stunned, I stood staring at Lillie’s gravesite for several seconds before calling my husband over. “Look, I think these people are my great grandparents,” pointing to the tombstones beside Lillie’s, “and this is their little girl.”

“You don’t know if they’re your grandparents or not?”

“I know it’s them. Those are their names…but no one ever mentioned a daughter.”

He shook his head and sauntered off to explore other names and dates, and after a few minutes, so did I. But I couldn’t shake the thought of “darling Lillie,” a five-year-old child whose life had been cut short, probably by disease. Smallpox? Scarlet fever? Would I ever know?

And what about my great grandmother and grandfather? It was three years after Lillie’s death before they had another child. As a mother and grandmother, I felt a renewed kinship and empathy with Minnie Laney Padgett. Was she a spiritual person whose faith gave her strength and solace? Did she have friends in whom she could confide? Sensing that “work is therapy,” did she throw herself into what must have been laborious work in that day and time? I was sympathetic towards my great grandfather, too, but for reasons I can’t explain, my heart ached for Minnie.

Leaving Sidney, Minnie, and Lillie for a few minutes, I carefully walked between graves, discovering other family names, and found myself pondering the connections between all of them…and me. Who was Jehu? A cousin?

Sweltering heat from the hot July sun told us it was time to leave. We made our way back to Lillie’s tombstone for one last look and headed for the car and its air-conditioned comfort. Within seconds, I phoned Aunt Polly, and pounded her with questions. Since she would have been Lillie’s niece, I knew she’d have the answers I sought. But no. Polly knew there had been “a child,” but gender, age, name, and length of life were unknown.

I hung up, knowing that it was high time to do a little exploring. “A little child shall lead them.” Isaiah 11:6. In this case it was Lillie, a great aunt whose existence had been unknown to me until that hot summer afternoon.