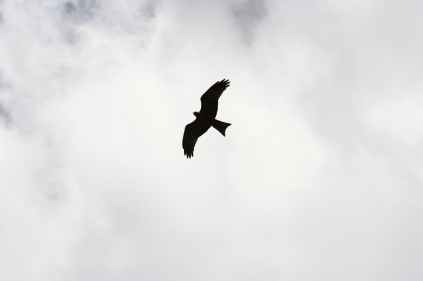 Photo by amy chung on Pexels.com

Photo by Pixabay on Pexels.com

Photo by freestocks.org on Pexels.com

You just never know what you’ll learn as part of a writing group. One morning about ten of us gathered for a morning meeting in a dance studio. Classes wouldn’t begin until after lunch, and we soon relaxed and began to relish the ambience of the studio. After taking care of business—critiquing submitted work—we went around the circle asking questions, sharing news, and chatting about topics nonwriters might find boring. One of the writers brought a book for all to look through, A Writer’s Book of Days: A Spirited Companion and Lively Muse for the Writing Life.

I ordered Judy Reeve’s book on Kindle that day. There are 365 prompts and a plethora of suggestions, advice, and information about well-known writers and the craft itself. The person who shared her book with the group told of how she had used prompts to get her muse mojo going and how just a few prompts had provided the inspiration she needed to complete a couple of short stories.

Since that morning at the dance studio, I’ve added my own prompts to the 365 I copied from Reeves. I’ve also learned that you don’t have to stick exactly to the words of a prompt. For instance, the one for today, February 9, is “Counting his (her) breaths.” I left it alone for a long time, passed right over it until I came across something I could relate to.

But then a friend of mine died after a long illness, and one afternoon I pecked out three pages tracing the chronology of my first awareness of her condition to the afternoon of her funeral in Myrtle Beach. I was amazed at the information resting in my unconscious just waiting for a chance to surface.

A presenter at a writing conference, Dr. Luke Whisnant, taught a session on flash fiction and mentioned a site called 100wordstory.org. I toyed with the idea of submitting something and kept coming back to the February 9 prompt and the three-pages of thoughts and memories. That’s it, I thought. That’s the story I want to share: the essence of the beautiful wife, mother, grandmother, teacher, and friend. After many strikethroughs, I narrowed the piece to 100 words, not counting the title, and sent it to a photo prompt of birds flying aloft found at 100wordstory.org. For one month, the tribute was there, and now I’m putting it here (minus the title with her name).

We tiptoed between the graves, gingerly making our way to the tent, its whiteness a beacon. I felt rather than heard the powerful ocean two blocks away. How would it be to have a final resting place so near the sea? The trees, mainly live oaks, pin oaks, pines, and magnolias, cast an otherworldly charm over the scene. I heard seabirds above the droning of Highway 17, and as friends sang, several gulls flew overhead, their squawking an accompaniment to the hymn. Another appeared, gliding solo. “Look up,” I motioned to Paul. He glanced skyward and, smiling, nodded in recognition.

When I began this post, my intention was to write using a prompt I found in one of my journals yesterday, but my muse had other ideas. Soar high, Coralee.