Some Stories Need to be Told 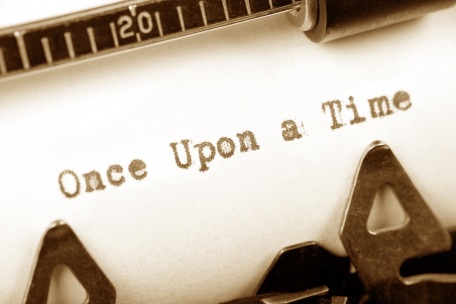 Some stories need to be told. That’s what I learned in the writing group last week. No, that’s not quite true. I already knew the importance of telling stories, particularly those that might shed light on a subject, situation, behavior, decision, person—no reason to list all the possibilities because you already know them.

The group had critiqued a short story that I’ve been playing with for a couple of years. No exaggeration. I couldn’t finish it, but I couldn’t let it go either. When a member of the group asked if and what I planned to submit, I told her yes, maybe, we’ll see, I don’t know, no, we’ll see, and if I have time.Both of us have been busy with other endeavors lately and haven’t been writing as much as we were at one time, so we were encouraging each other to write something, even if it was a revision of something we’d submitted before.

It’s (4) above. She knew immediately what I was referring to. “The night the lightbulb came on while you folded laundry and stacked it neatly into a blue basket?”

“Yeah, that one. Can’t believe you remember it.”

Without hesitation, she said, “How could I forget? Yes, yes, write it. It’s a defining moment in your life.”

“But,” I said, “there are always other people to consider.”

“Good Lord, it’s your life, your story, and you own everything that’s happened to you. And if you don’t’ write it, I’m stealing it. With a few changes, it could be mine.”

So I revised the story, embellishing it with a few extra details and taking out some of the uncomfortable parts. You can’t fool the writers in my group. Too sharp not to recognize a candy-coated fictional account, they said the writing was good…but not honest. “Go deeper,” someone said, and everyone else nodded in agreement.

I turned to a member who had submitted a heart-wrenching piece of nonfiction and asked about the people in her account. How would they react to her manuscript if they read it? “I’ve thought about it long and hard. Some stories need to be told.”

I’m remembering the discussion tonight and thinking of the many stories that have helped me stay on course, perceive a situation more clearly, or take a chance. Here’s one from a young student who told a class in a casual, flat tone that she’d often come home from school to find her mother’s friends sprawled out on the couch or floor in a drug-induced state.

We had been having a discussion on categories of drugs and their effects, all textbookish and sterile. But then that…that comment hushed everyone as all considered the scene she described. After a few seconds that seemed like several minutes, she said, “Oh, they never bothered me or nothing. I just knew not to ask friends over.”

That was twenty years ago. I don’t know where that young woman is today. She could be a politician, missionary, mother of ten, social worker, dermatologist, or dancer. But I’m pretty sure that everyone present in that classroom thought twice or three times before trying drugs. I’m personally haunted by her story.

Later today, I hope to tweak (4) above. I know there are people who need to read it.

1 Response to Some Stories Need to be Told